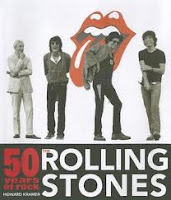 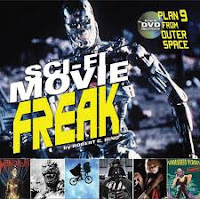 The majority of comic books published today are not for kids.  Sex, drugs, nudity, violence and 'adult' themes pervade most comic book stories.

Parents who encourage their children to read are often frustrated by the lack of child-centered comic books that offer good solid stories, with moral lessons and non-threatening characters.

Cheer up! More and more comic book publishers are realizing the huge market for children's comic books and more and more titles are taking up store shelves.

Krause Publications new 'A Parent's Guide To The Best Kids' Comics' written and compiled by Scott Robins and Snow Wildsmith, will help parents choose the titles their children will love.

Inside parents and kids can look over titles (most printed within the last ten years) broken down by age and grade levels.

Each title includes colorful cover and interior pages and a complete synopsis of the main story with educational tie-ins, heads-up content warnings and other pertinent information parents will find especially helpful.

It's a great resource parents and kids will enjoy.

I love science fiction movies, or as we fans prefer to them: Sci-Fi films.

Surprisingly it is difficult to find any books anthologies that spotlight the top Sci-Fi movies produced over the decades-until now!

Starting with some the earliest classic Sci-Fi films made the book proceeds to look at the most influential and genre-shaping movies created over the decades.

Full color and black and white photos accompany each film synopsis along with statistical data on the film's release, rating, country created in, studio that released it and so on.

From animated films to high-budget, special-effects laden epics this book covers them all.  Even some cult classics are included and a special DVD of possibly the worse Sci-Fi film ever made: Plan 9 Form Outer Space, is included.

Love them or hate them, there is no doubt that The Rolling Stones have shaped and influenced Rock and Roll since they first appeared 50 years ago.

They pushed the boundaries of social acceptance and always managed to create a scene whenever they performed.  Teenagers loved them and parents hated them - a sure sign of a successful group.

Howard Hammer has created a pictorial journey through the group's 50 Years Of Rock in a new softbound book from Krause Publications about The Rolling Stones.

Through pictures and text the author guides readers through the last five decades chronicling The Rolling Stones ups and downs, victories and failures and always turbulent and controversial careers.

If you love Rock and Roll then you are sure to love 50 Years Of Rock: The Rolling Stones.
Posted by BAM at 10:14 AM