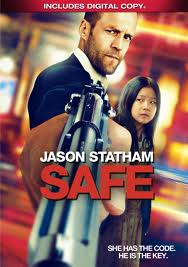 Lionsgate released two new DVDs this week.  One is action-packed the other is family friendly.
Martial Arts master Jason Statham returns in Safe featuring Catherine Chan as a young girl who must be saved from a corrupt police department and several crime cartels.

Statham stars a Luke Wright whose family is murdered by the Russian Mafia when he crosses them.  Despondent and angry Luke wanders the streets of the city and meets mathematics prodigy Mei (Chan) who was forced to work for the Triads and holds the key to a secret code that can bring down the entire operation.

When Luke discovers that the same people who killed his family are after the girl all Hell breaks loose.

Its Jason Statham at his fighting best as fists fly, bodies break and the action never lets up in this new DVD/Digital Copy/Ultraviolent combo that fires on all cylinders.

Look for extras such as a director commentary and lots of featurettes about the making of the film. 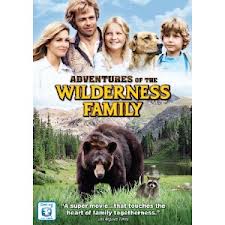 Adventures Of The Wilderness Family finds a modern family bogged down in the rush and pace of modern life.  They move to the mountains where they build a log cabin and make friends with a bear and her cubs and encounter a dangerous Grizzly Bear. This is the first of a three-part series starring the Robinsons and their life in the wilds of the Rocky Mountains with all the beauty and danger they offer.

Adventures of The Wilderness Family is a great family film with a strong cast, an equally strong message and enough love, excitement and adventure to last a lifetime. Look for some exciting extras.
Posted by BAM at 6:38 AM