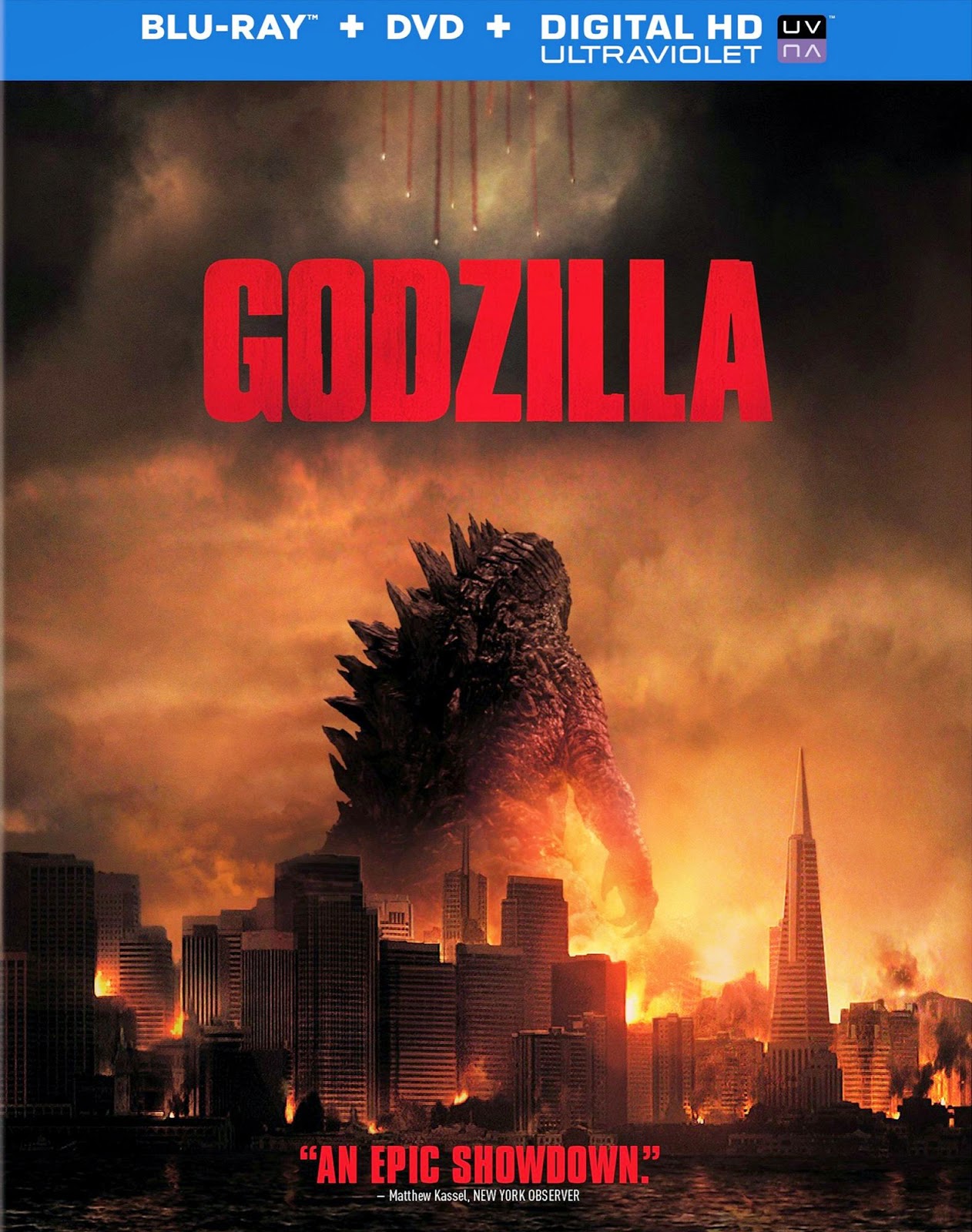 He’s not your grandma’s Godzilla.
The new Godzilla movie Blu-ray Combo, from Warner Bros. presents the classic Japanese giant lizard in a whole new light by making him the unlikely hero in a conflict against nature gone wild.

In Godzilla a scientist tragically discovers the truth behind the explosive release of lethal radiation that killed his wife and dozens of other nuclear facility workers.

Years later, after exhaustive and obsessive research, he and his estranged son uncover the huge government cover-up of the real reason behind the nuclear catastrophe: a giant egg incubated and nourished by nuclear power.

The egg hatches and the creature within, drawn by nuclear power, creates a swatch of destruction as it seek out new sources of nuclear nourishment.

To make matters worse another creature, identical to the first, has also began a path of destruction.  One is female, one male and they are about to have offspring.

Along comes Godzilla, nature’s predator of the newly hatched monsters, and tracks them in order to kill them.  Unfortunately, being the giant lizard he is he  also creates massive destruction.

In a desperate attempt to stop the monsters the government plans to detonate a powerful nuclear weapon to kill them.  It produces more radiation  than the creatures can absorb-hopefully.

Spectacular in its scope, the new Godzilla pays homage to the classic Godzilla films while successfully updating the  creature films in scale, special effects and most importantly on a human scale.  Godzilla is back and he’s ready to rumble!
Posted by BAM at 6:17 AM