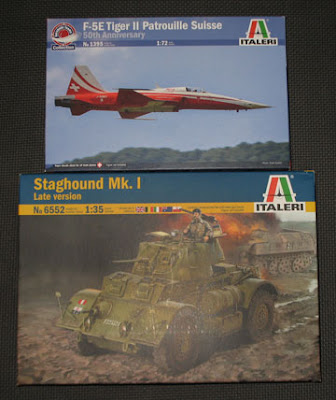 “The Staghound armored car was conceived in the US at the start of WW2, based on a British specification which required a wheeled reconnaissance vehicle with a high level of protection, therefore armor plated, well-armed, and highly mobile.


The Chevrolet design proposed a large armored car which, following an extended program of assessment and testing, went into production in late 1942, too late to be sent to British forces engaged in North Africa.  Allied forces were to receive the Staghound in the Spring of 1943 and they were used in the Italian campaign by British and Polish armies


In spite of the impressive performance of this vehicle it was not adopted by the US army and so the 3,000 units produced were used solely by British and Commonwealth forces. Post war the Staghound was widely issued to the new European armies where some examples were in use into the 1970s.”

I took it upon myself to assemble (or at least attempt to) Italeri’s Staghund MK. I Late Version WWII armored car.

As to the assembling of the model kit, I now have a whole new respect for model makers.  It is far more than just assembling pieces with glue.  It involves meticulous preparation of pieces with trimming and careful (oh so careful!) assembly using tweezers and other precision tools. 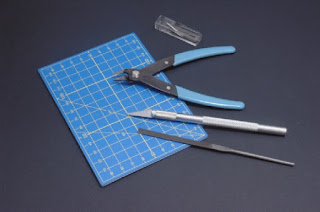 While I did have a few crucial tools for putting the model together, because of the precision work there were several other tools (available on Italeri’s website) that I needed to purchase.

Trimming and especially detaching parts from the part trees and picking up small pieces require some pretty intense careful manipulation.


Gluing is no walk in the park.  A little too much adhesive and you have yourself a mess and not to mention a smudged or uneven surfaces when parts fit together.


I never realized how complicated a piece of equipment it is (if the number of parts in the model kit are any indication).


I carefully set all the part trees out, set the glue aside, found my tweezers and X-Acto Knife, small snipping scissors, magnifying lens and small LED light.


Opening the first page of highly detailed and comprehensive assembly instructions I began assembling the chassis.


It was pretty easy until I got to the axle assemblies and the many small parts that accompanied them.


I have large hands and manipulating small model pieces is not easy.


Fortunately the parts were easy to identify on the part trees and with a little snip and tug most of the parts came off the trees easily.


Unfortunately being the clumsy klutz that I am I managed to mangle a few pieces and get a little messy with the glue.


It was not the model kits fault-all of the pieces are accurate to size and, and if careful, fit snuggly together with no gaps or mismatches.


Wheels and tires were a breeze to assemble since they are large parts.  The small stuff-that’s another matter.


This is where true talent comes in.  Veteran model makers make it look so easy.  And it is if you have the right tools and know all the tricks.


Paint and decals will have to come later. 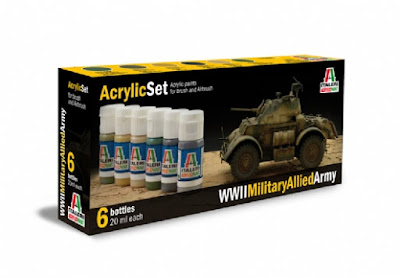 I’ve included a series of photos showing my progress on the model.  It is not completed yet as I need to get some more tools, the proper paint (also available on italeri’s website) and do some research so I can hone up on my model-making skills. 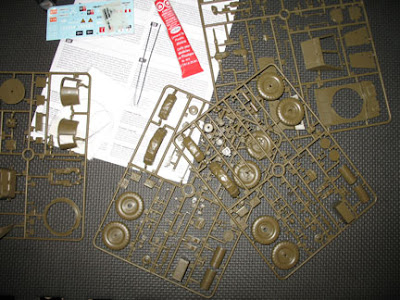 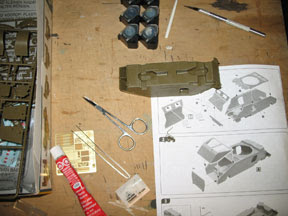 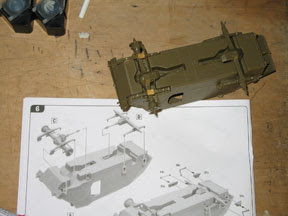 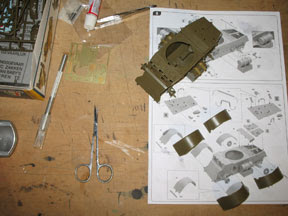 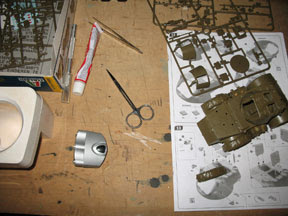 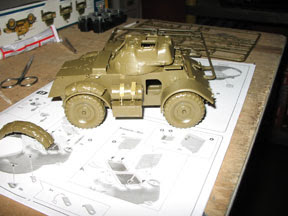 All-in-all, I’ve enjoyed myself despite the fact that I’m all thumbs.


The detail to attention both mechanically and historically on the model is spot-on and I highly recommend you give Italeri’s model a try.


The F-5E Tiger ll Patrouille Suissse multi-role fighter jet premiered in the 1970s as a low cost and easy to maintain aircraft used by NATO countries. Its predecessor, the Northrop F-5 was developed in the 1960s.


Capable of longer flights, equipped with the latest avionic system, heavier armor, two 20 mm. guns in its nose and able to carry air-to-air missiles the F-5E Tiger II made for a formidable foe.


Sleek (almost arrow-like) the aircraft features a long, pointed fuselage, small, swept-back main swings with rear wings half the size of the main wings and a large tailfin, the aircraft practically splits the air.


The Italeri model kit captures the F-5E Tiger II in perfect 1/72 Scale and includes full paint, decal and assembly instructions so you can proudly display this 50th Anniversary fighter jet with pride.
Posted by BAM at 9:18 AM