My Gnome On The Roam 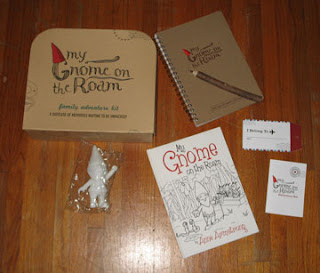 There’s no place (or person) like Gnome!  Gnome is where the heart is.  Gnome, Gnome on the range.  OK, OK, I’ll stop.

Everybody likes Gnomes.  You see them in people's yards and gardens, hidden in secret, forest Gnome homes and populating children’s literature.


Join ‘My Gnome On The Roam’ with its ‘Family Adventure Kit’ that offers a suitcase of memories waiting to be unpacked!


I was curious when I received my Family Adventure Pack.  I wasn’t sure what it was. 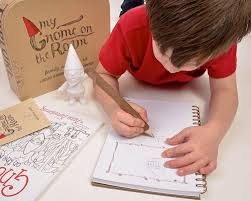 I opened up the latched, sandy-brown suitcase and the only thing I spotted were some crinkled-up, shreds of paper.


Wait a minute! Is this some kind of joke?


Shifting aside the shredded paper I discovered a Gnome Notebook/Journal and Anne Armstrong’s hardbound book appropriately entitled ‘My Gnome On The Roam’ featuring a Gnome adventure in text complemented by black and white and full-color Gnome art.


Also included was an adorable Gnome figurine ready to paint, a rustic, tree limb Pencil, a Gnome Travel Tag and an Adventure Kit Booklet filled with suggestions for filling out my own Gnome adventures each day.


It’s a quirky, creative cache of Gnome fun perfect for young (and the young at heart) adventurers.  To know a Gnome is to love a Gnome.
Posted by BAM at 7:39 PM Links to this post 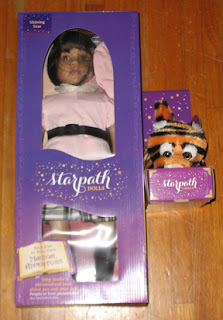 Do you know of any children who want to star in their own magical adventure?

I know I do and I’ve got the perfect way for them to do so.

Starpath Dolls’ ‘Shining Star’ is one of four spectacular new lifelike dolls that not only look real and wear real cloths but can star in their very own chapter book!

Shining Star is a beautiful almond skin, brown eyed, auburn hair, girl doll that looks so real you expect her eyes to move and her mouth to speak. 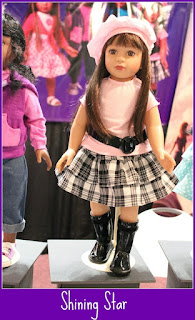 She poses just like a real child and her skin looks real as do her fingers, hands, feet, face and entire body, She can even stand on her own with no help!

Children learn how to dress and undress her (and themselves) and along with Shining Star they can go on an incredible adventure by going online and personalizing an E-book.  In just a few days a paperback book starring Shining Star will arrive in the mail.  Just follow the directions on Shining Star’s big box.

She’s an incredible doll, priced at a very affordable cost and makes the perfect gift for any occasion. 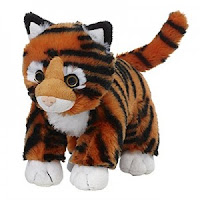 ‘Tiger Magic’, the fluffy, soft,  cuddly  Tiger-Cat  stuffed animal can star in his own adventure also.

But them both today, kids will love them!  Both toys are of the highest quality, kid safe, are carefully and lovingly made and packaged and are guaranteed to win any kid’s heart.
Posted by BAM at 7:11 PM Links to this post 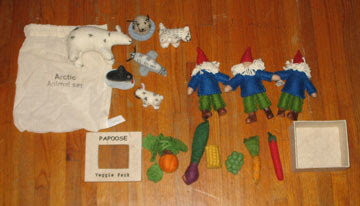 Plastic, artificial dyes, man-made materials.  What if I told you that there are toys out here for children that use none of the previously mentioned items?

Would you be interested?  How does environmentally friendly sound to you?  Does preserving our natural resources sound interesting to you?  How about renewable resources?


Papoose Toys has just the toys for you!


Made with Fair Trade in Nepal villages by local residence to support their families, Papoose Toys are handmade from natural fibers such as wool, use natural dyes and safe for children.


Soft, cute and perfect for little hands Papoose Toys, and the packages they come in, are eco-friendly and fun.


The ‘Fat Gnomes’ come three to a package, are made from wool and wood and feature soft, slightly bendable bodies.


The ‘Veggie Pack’ box contains a cornucopia of veggies that include a carrot, corn on the cob, a pumpkin, onion, peas and red pepper all made from wool.


The pumpkin is my favorite with its long vine with leaves and flower bud.


The ‘Arctic Animal Set’ has an adorable collection of cold weather critters that include a polar bear with her two cubs, a seal, a walrus and a killer whale.


Soft wool and felt make up the animals that are stitched and glued together and perfectly safe for young children three years and up (as are all Papoose Toys).


Anyway you look at it Papoose Toys are the perfect environmentally friendly toys that kids will love and parents will feel safe letting their children play with.
Posted by BAM at 3:15 PM Links to this post 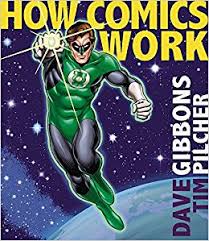 I first encountered the comic book art of Dave Gibbons back in the mid-1980s.

He was a part of DC Comics’ British Isles creative talent import program.

Having established a good reputation as an artist in his native land, the DC editorial staff took notice of said talent and asked him to use his talent for DC Comics.

The first work I saw that he produced for DC was taking over the pencils chores of DC’s Green Lantern series.

From there he would go on to pencil a plethora of fill-in and one-shot titles for DC.

Not long after he teamed up with another British import: writer Alan Moore, and they collaborated on what is considered the best superhero series ever created: Watchmen.

Dave would then go on to other projects for DC and other publishers: most notably the Frank Miller Dark Horse series starring Martha Washington.

Gibbons has expanded his creative venue by adding inking, plotting, scripting and every other aspect of creating comic books.

Once such project is his comic master class where he teaches about the creation of comic books.

Gibbons and comic book expert Tim Pilcher have combined their considerable talents to publish the ultimate ‘how-to’ of comic book creation with ‘How Comics Work’ published by Wellfleet Press/Quarto.

I’ve read and studied a huge amount of books on how to produce comic books and I have to say that this is the best one so far.

Gibbons has opened up his archive of original comic book art and using it he demonstrates all facets of how to create comic books.

While the book primarily consists of his work there are examples of other artists, inkers, colorists, letterers and writers works included along with several tributes.

For a real ‘back to the basics’ and 'meat and bones’ approach to creating comic books this book delivers.

It is a visual treat that delves into the process by which comic books are created.

I suggest that anyone considering entering the comic book field read and study this book from cover to cover.
Posted by BAM at 8:20 AM Links to this post