Dennis The Menace and Monster Squad


If you are familiar with newspaper comic strips then you’re sure to have come across the single-panel adventures of America’s blond hair mischief maker: Dennis The Menace.

Each day Dennis can been seen in all his mischievousness doing everything from pestering his neighbor Mr. Wilson, tormenting his classmate Margaret, paling around with his buddy Joey and playing  with his canine pal Ruff.

My son Harrison reminds me of Dennis.  Harrison was a high maintenance child-constantly on the move and full of mischief.

Like Dennis he had his own unique way of looking at things and people.  He also had/has a heart of gold and genuinely cares about people.  Don’t tell him I told you that. 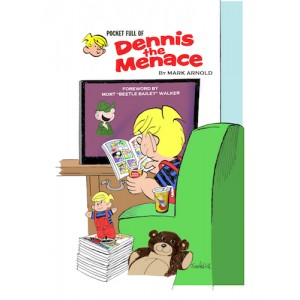 In Pocket Full Of Dennis The Menace, by Mark Arnold and published by BearManor Media, everyone’s favorite mischief maker is given his fair due.

Hank Ketcham (Dennis's’ creator) based Dennis on his own son.  Little did he realize that his tike’s likeness would go on to be a world-wide phenomenon and loved by millions.

The book goes into great detail about the origin of Dennis, showcases early Dennis comic strips and follows the long and glorious history of the American comic strip character that has been a small boy for over 50 years.

If you love the misadventures of the blond hair boy bombshell then be sure to pick yourself up a copy of the book.

Science Fiction, Horror and Fantasy films all have their fair share of monsters.  Whether it’s bug-eyed alien invaders, axe-brandishing madmen, demons or dragons each genre would not be complete without them.

It takes a talented group of people to conceptualize, design, fabricate and ultimately bring each monstrosity to life on the screen. 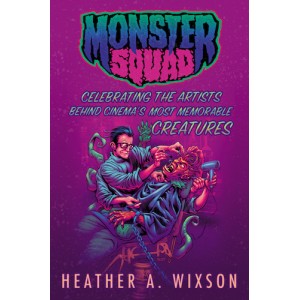 In Monster Squad Celebrating The Artists Behind Cinema’s Most Memorable Creatures, by Heather A. Wixson, 20 monster makers are given their due.

Interviews with the monster masters include personal insights, past recollections, career spotlights, creature memories and lots of insider information.

Candid photos of the creators and their creatures are also included.

The book is an impressive chronicle of the incredible work and creations of some the Silver Screen’s most memorable monstrosities.
Posted by BAM at 8:10 AM