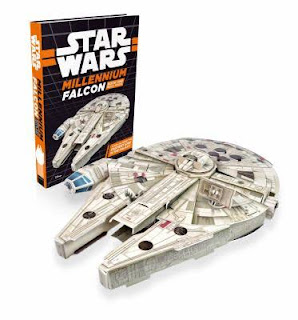 Here’s your chance to build the most recognizable spaceship in the cinematic universe: the Millennium Flacon!
Strap on your blaster, call up your fuzzy and furry Wookie sidekick and get ready to blast off with Fun Studio’s Star Wars Millennium Falcon Book And Mega Model.

Own your very own downsized Millennium Falcon that you can put together yourself.  It’s easy.

Simply follow the instructions in the enclosed book.  It’s a snap!

Pop out the sturdy and thin foam board pieces that are heavily lamented with color.  They fit snuggly together with no fuss or muss.  It’s so easy, even and adult can do it!

While you’re constructing the model read through the book that contains the history of the Falcon (along with full-color photos), games, challenges, diagrams, ship charts and fun things to do and learn.

The book and model punch-out sheets come packaged in a heavy-paper-stock and flip cover book binding with a protective, clear-plastic slip cover over the Millennium Falcon Mega Model parts.

Once constructed the Falcon has movable parts and secret compartments-just like the real ship!

Take the challenge and get ready to load up some contraband in the fastest spaceship freighter in the Star Wars Universe. 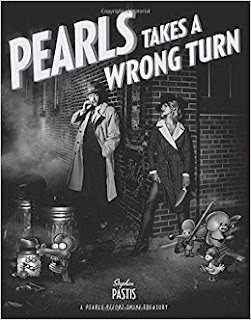 I find the title of the newest Pearls Before Swine Treasury ironic.  I mean, come on, a ‘wrong turn?’
Are we talking about the same group of crazy animals and humans that populate Stephen Pastis’s hilarious comic strip taking the ‘right way?’

Pearls Takes A Wrong Turn is a hilarious collection of some of Stephen’s most hilarious, quirky, off-kilter, sometimes controversial and off-the-wall Pearls Before Swine daily and Sunday comic strips.

Inside Stephen recounts his trip to Machu Picchu, the destruction of his home and studio and his oversea escapades (complete with photos).

Stephen provides notes and observations about each strip reprinted in this oversize collection of the best-of-the-best Pearls Before Swine Treasury, courtesy of Andrews McMeel Publishing.

Prepare yourself. Throw common sense out the window, rattle your brain, drink too much caffeine and leave your brain at the door-trust me, you’ll thank me later.

This wrong turn turns out to be the right turn.
Posted by BAM at 2:34 PM Links to this post

I’ve opened one Pack to give readers an example of the type of Cards they can expect to find.
It’s time to enter the Abyss and join some Legendary Duelists in this latest, and greatest, addition to the Yu-Gi-Oh! World. 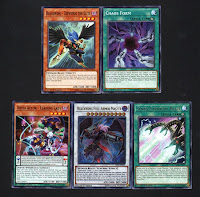 Here’s a listing of some of the Cards you can expect to find: 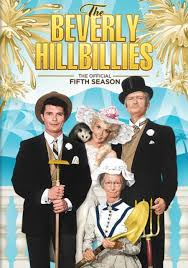 Back in 1962 producer/writer Paul Henning decided to create a TV show around the theme of a fish out of water.

He decided to take a group of Ozark country hicks, have them discover oil on their property and became extremely wealthy.

Encouraged by their kinfolk they moved to a location more suited to their newfound status and thus was born The Beverly Hillbillies.

Accompanying him were his daughter Elly May, his mother-in-law Granny and his cousin’s dim-witted son Jethro.

Together they managed to set high-society on its ear with their down home wit and wisdom.  The family found itself constantly at odds with ‘city folks’ and their strange ways.

Also in the cast were the Clampett’s greedy banker: Mr. Drysdale, his secretary Jane Hathaway and an oddball assortment of Hollywood and high-society types.

The Beverly Hillbillies was one of many gentle, home-town and family-oriented comedies prevalent at that time.  For almost its entire run it was the number one show or in the top ten.

It was still at the top of its game in 1971 when its network: CBS, decided to switch programming to feature more ‘relevant’ and ‘contemporary’ humor-meaning more sex, violence, foul-language and low morals.

CBS/Paramount presents The Beverly Hillbillies The Official Fifth Season which contains all 30 episodes which are digitally remastered for a clearer picture and better sound quality.

Join the Clampetts as they defend their fortune from con artists, clash with neighbors, try to find a suitor for Elly, discover Jethro’s true calling and attempt to fit in and understand their new surroundings, friends, neighbors and high-society.

For good, clean fun the whole family can enjoy be sure to pick up this latest collection of The Beverly Hillbillies TV escapades.
Posted by BAM at 12:53 PM Links to this post 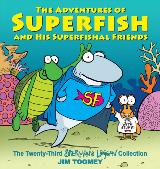 Look! Deep in the ocean!  It’s a clam!  It’s squid!  It’s Superfish!  Slower than a sea snail!  More powerful than a clump of seaweed!  Able to swim over small pieces
Sherman the Shark is back in his 23rd Sherman’s Lagoon Collection: The Adventures Of Superfish And His Superfishal Friends courtesy of Jim Toomey and Andrews McMeel Publishing.

Join our finny friends as they survive a lawsuit, play poker, paddleboard, save an endangered porpoise, play Twister and take part in some of the most outrageous underwater escapades imaginable.

Something fishy is going on and Sherman is right in the middle of it! 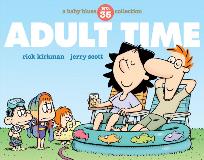 The 35th Baby Blue Collection: Adult Time, by Rick Kirkman and Jerry Scott give Mom and Dad MacPherson a break from their hyper-action and high-maintenance kids who always manage to make their lives interesting’.

This time around it’s tackling weight lose, exercise, dancing, report cards, library cards and a whole lot of other shenanigans and trials and tribulations of raising kids.

Be sure to look for the special border notes from the Baby Blues creators.  The collection includes daily and full-color Sunday strips as does Superfish.

Just imagination all that fun bound up in two oversize paperback books?  It’s doesn’t get any better than this!
Posted by BAM at 6:58 PM Links to this post