Doctor Who: Genesis Of The Daleks And The Sontaran Experiment 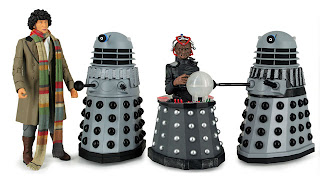 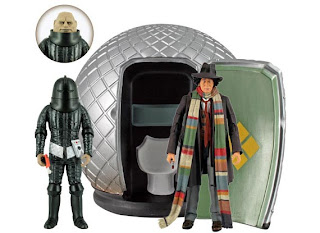 I've always enjoyed watching the BBC's Doctor Who series. I started watching it back in the 1970s when Tom Baker was the Doctor but after that college, marriage and raising two kids kept me away for years.
It wasn't until the 9th Doctor arrived that I started watching the series again via the internet.  I now watch at least one episode every two nights through You Tube.   The new interpretations of the Doctor along with the spectacular special effects, amazing sets, location shoots and stellar supporting cast make each and every episode a winner.
Underground Toys, in conjunction with Character Options Ltd and the BBC, has made the Doctor Who toys available to a huge new audience including us Yanks.  I have a number of the figures and all of them capture the likeness of whichever Doctor is represented along with villains, friends and aliens and their ships, equipment, weapons and accessories in miniature perfection.  Sculpting is topnotch with tight articulation, no flashing or awkward binding and the paint application is excellent.
Packaging consists of either bubble packs or three-sided boxes with a clear front viewing panels.  The bubble packs and boxes all feature full color photos and interesting information about the character(s) contained inside along with brief descriptions of specific episodes the character(s) and props appeared in.
Recently Underground Toys released two new Collectors' Sets.  They both feature the Fourth Doctor, Tom Baker, dressed in his trademark multi-color scarf, floppy brim brown hat and brown trench coat.
The Genesis Of The Daleks consists of the Doctor, two silver Genesis Daleks, a baby mutant Dalek and Davros the wheelchair bound creator/leader of the Daleks.
The Genesis Daleks have two stationary rear wheels and pivoting front wheels for easy maneuvering, swivel head units with movable eye-stalks and a ray guns and plunger arms located on the lower body sections of the Dalek containment unit.  Davros sits in a wheelchair with an identical wheel arrangement as the Daleks.
His chair consists of the lower section of a Dalek containment unit, only it is painted black with silver orbs around it.  The upper torso of Davros has his right arm free to manipulate the control panel situated in front of him.  The blind Davros figure has silver shoulder supports, is dressed in black and has a sensory unit on his head for sight and speech simulation.
The baby Dalek looks much like a human brain with translucent tentacles emanating from it.
The entire set of figures are held in place with twist wires and formed clear plastic sleeves over them.  A special lab background is seen behind them as part of the box.
The Santaran Collectors' Set consists of the fourth Doctor dressed identical to the Genesis Doctor, only this Doctor has his Sonic Screwdriver.  The fully-articulated Field-Major Styre-Sontaran figure is included dressed in his form-fitted black battle suit with silver equipment and holster belt.  Included is his gun, removable helmet and Sontaran Ship that is a silver, segmented sphere with an insulated door that opens that reveals a seat and control panel.  It's a hefty set for ages 5 and up.
Both the Genesis and Sontaran sets are taken from the 1975 season of Doctor Who.
Posted by BAM at 5:44 PM 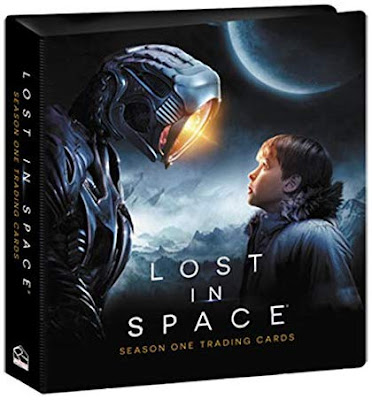