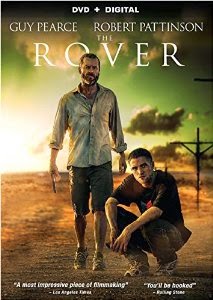 Guy Pearce stars in a disturbing film out of Australia of a man who has lost everything during the apocalyptic days ten years after the collapse of society.

In the film, from Lionsgate, Pearce has his car stolen by a gang of thugs.  Beaten and bloody he tracks down the gang of thieves down killing and destroying as he goes.

Forcing one of the gang members to tag along, whom he finds injured from a previous scuffle by the gang, Pearce is relentless and merciless in his quest to get his precious car back.

Set against Australia’s rugged outback, the film is a grim and bloody odyssey of a man who has nothing to lose and so fears nothing.

When he finally finds his car and viewers discover why he so desperately wanted it back, it is a shock.

Special features include the “making of” the film and more.